The Secular Party claims as its heritage the philosophy of the Enlightenment, in particular the works of David Hume, Adam Smith and Jeremy Bentham. These thinkers explained the importance of finding human solutions to human problems, without resort to notions of the supernatural. They stressed the benefits to society of individual effort and enterprise, while bearing in mind the need to have regard for the common good of society, and of all humanity. The major achievements of modern societies are based on the application of such principles, establishing truth through reason, observation and evidence, and by the construction of rational social institutions without the involvement of religion. 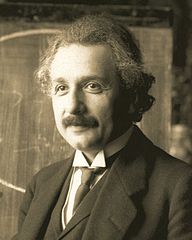 While religions may be charitable and consoling, it seems undeniable that they can foster social disharmony and pose threats to global peace and security. Given the state of human knowledge, we question the wisdom of persisting with questionable and unnecessary beliefs. The universal humanist values of compassion, honesty, freedom and justice provide an ethical foundation superior to those provided by any religion.

The Secular Party of Australia seeks to promote the values of Enlightenment philosophy and humanist ethical principles. A key foundation for the implementation of such principles is an education system free of religious indoctrination. It is the mission of the Secular Party to promote humane secular values in all areas of Australian life, including in personal relations and social and economic policy. Globally, the Secular Party opposes the intervention of religion in the conduct of international relations and supports the strengthening of secular international institutions.

And man can be as big as he wants. No problem of human destiny is beyond human beings. Man’s reason and spirit have often solved the seemingly unsolvable ? and we believe they can do it again. John F. Kennedy

Image: Albert Einstein during a lecture in Vienna in 1921, photography by Ferdinand Schmutzer