In 2005, a talk was given to a group of Humanists in Sydney (ironically on September 11) about the need for a new political party to counteract the undue intrusion of religious views into political opinions and policies. A motion of support was given to the idea. 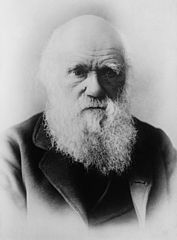 Following that talk, a meeting was held in Sydney on 4 December 2005, with interested people coming from Canberra and Melbourne to attend. Here it was formally decided to begin steps toward the formation of a new party, to be known as the Secular Party of Australia. Subsequently a group of freethinkers, secularists and humanists gathered in Melbourne on 10 January 2006 to hear of plans for the new party.

Following the setting up of the Secular Party website, the party was formally launched in February 2006. We seek members in all states and territories who are keen to further the cause of secularism.

In mid-2007 it became apparent that another political party, the Freedom from Religion Party, was forming with aims similar to those of the Secular Party. After some discussion, the two parties agreed to merge.

In the November 2007 election, the Secular Party stood independent candidates for the Senate in all states.

In June 2010, the Secular Party’s application to the Australian Electoral Commission for registration as a federal political party was approved.

At the August 2010 election thirty-one candidates across Australia, including Senate candidates in all states, stood for election under the name of the Secular Party of Australia.

A journey of a thousand miles must begin with a single step. Chinese Proverb

Image: Charles Darwin, circa 1880, from a photograph by Elliott and Fry