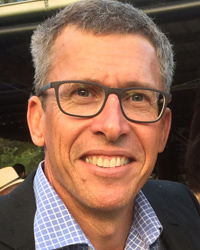 As a 51-year-old with a nearly empty nest, Trevor has had plenty of time to travel in Australia and overseas. He is alarmed by the trend of increasing inequality and divisions in our society, and he promotes secularism as the best way to oppose increasing sectarianism here and globally.

Particular concerns are Islamist violence, and the efforts of the Catholic Church to resist birth control, which continues to increase global poverty and over-population. Trevor has a Diploma of Financial Planning and a Bachelors degree in Law. From 1992, he practised law in his own firm until a diagnosis of Crohn’s disease led him to seek a more flexible career path. He now runs his own business, selling art supplies in the wholesale market. Since mid-2015, Trevor has produced a weekly secular podcast analysing current affairs and politics. To find out more about his opinions on various issues, please check out his podcast at www.ironfistvelvetglove.com.au.

“I am worried by what is happening. I look at the USA and see the huge divisions in their society, the anti-science religious nonsense spouted by their Christian leaders, and the rising inequality. Unfortunately, I see the same trends happening here in Australia. I want Australia to be a better place. To ensure this, we must acknowledge the divisive and corrosive effects of religion. We must recognise and dismantle the undeserved and harmful privileges they have acquired and ensure a true separation of church and state.” 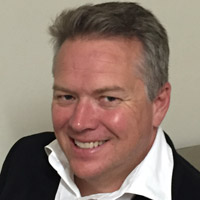 Scott has been a long-standing member of the Secular Party and is running for a Senate seat to highlight the problems associated with the power and privilege religions often wield over the political class. In particular, he is concerned with the role religion plays in preventing Dying with Dignity. Scott is an accountant who works for a Brisbane-based engineering firm. He has been the ‘Velvet Glove’ contributor to the weekly secular podcast Iron Fist and the Velvet Glove since mid-2015. To find out more about his opinions on various issues, please listen to the podcast at www.ironfistvelvetglove.com.au.

“I cannot believe that in this day and age we are still unable to engage a doctor to help a terminally ill person, a person who is suffering incredible pain, to end their own life. Having seen someone close to me die a horrible death from cancer—even a person who wanted to fight—I was left with the impression that I would never want to go through it without the choice to die with dignity.

“Another reason for being a Senate nominee is the party’s focus on ‘Challenging Religious Privilege’. Whether that privilege is related to the tax-exempt status of religion-owned businesses or the presence, in allegedly secular schools, of religious chaplains who have unfettered access  to students.” 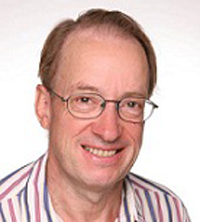 Ian’s professional qualifications and experience include aerospace engineering, physics and university lecturing, with recent application of scientific principles to social issues. He has longstanding involvement in many community-minded organisations and activities, such as the Australian Skeptics, Primary Ethics teaching in NSW schools, NSW Humanists, Wayside Chapel, and secularist outreach to various churches.

Ian is the Vice-President of the Secular Party and has twice been a candidate for the party in federal elections. As an activist for human rights issues, including women’s and gay rights and freedom of religion, he has visited and/or participated in conventions in Nepal and Tibet. He has also contributed many times to the Gay Mardi Gras, responsible for building several floats, as well as the Protest Popemobile for World Youth Day in 2008. 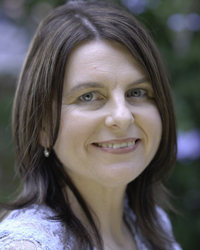 Because misogynistic religious organisations receive charitable status and tax exemptions, as a taxpayer Dee felt she was helping fund the oppression of her own gender. She is running for a Secular Party Senate seat because it is the only Australian political party that dares to challenge the privileges of ALL religions.

Dee has a business degree and works as a manager and trainer in a not-for-profit training organisation. While particularly concerned about women’s rights, she also wants to prevent the religious oppression of other minority groups, such as homosexuals, freethinkers, and men and women who have fought for sexual liberation or have been persecuted for questioning religion. She’s also disgusted that members of the clergy have been allowed to get away with appalling child abuse and that churches have not been held accountable and, in many cases, are still exempt from reporting abuse to the relevant authorities.

“Even as a degree-qualified manager, just being a woman makes me ineligible for a leadership position in most religions, which are unfairly exempt from anti-discrimination legislation. Timothy 2:12 states, ‘But I suffer not a woman to teach, nor to usurp authority over the man, but to be in silence’. Unfortunately, other political parties agree with this by expecting women to remain silent about sexism in religion and to tolerate the intolerable. I will not. I will continue to speak out for the rights of women, as will the Secular Party of Australia, because we truly believe in gender equality.” 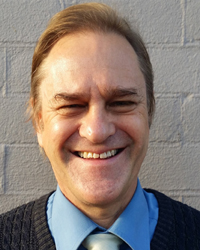 John is an economist, specialising in econometric models of international trade, fossil fuel resources and global warming and has qualifications from universities in Melbourne and London, having gained his doctorate at Monash University. As a member of various Australian free-thought groups—including the Humanists, Rationalists, Atheists and Skeptics—since September 11, 2001, John has been motivated by a deep concern as to the direction in which society is heading, on a number of fronts. John is the founding President of the Secular Party of Australia. He has stood as a candidate for the party in a number of federal elections and state by-elections.

“My view is that reason and evidence are the only guides to finding the truth, and that society is forgetting that. Ethics and morality are best modelled on the universal principles of compassion, honesty, freedom and justice. All the major parties have significant religious allegiances so are unable to advocate a truly secular agenda. While religions may be charitable and consoling, it seems undeniable that they can foster social disharmony and pose threats to global security.”

Alice Carr is a philosophical naturalist—a comprehensive worldview that is based on a scientific, empirical understanding of reality. Alice believes that freedom of thought, conscience, belief, expression and movement are essential to the peaceful continuation of our secular and democratic society.

“I am of the view that government policy ought to be based on a combination of compassion and evidenced-based reasoning, with a view to providing the best long term outcomes for all Australians.” 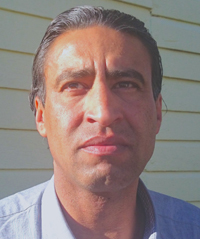 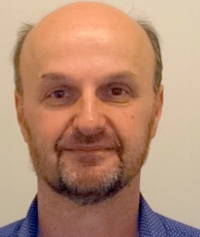 Denis has previously worked in the retail and insurance industries, but now works for state government in the community sector, supporting the disabled and those who struggle with mental health issues.

“My focus is on affordable healthcare and education, youth opportunities, and the protection of our environment, all of which continue to affect the most vulnerable in our society.”